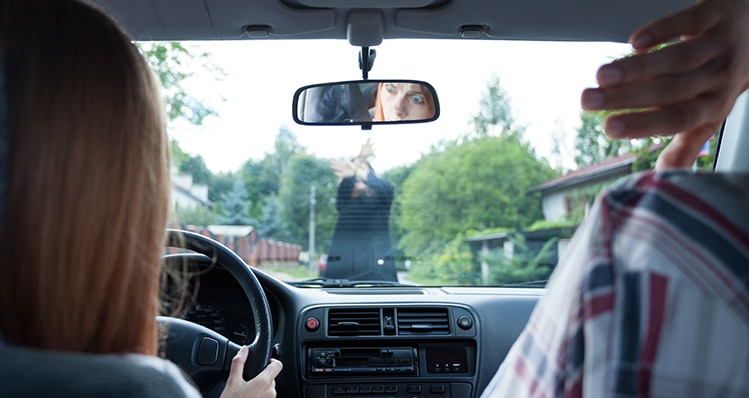 The most recent case I tried (went to trial) involved an accident that occurred 4 years ago on 9/4/13. A lady (Mrs. Patel) who backed her Mercedes SUV in a Farmers market parking lot, thereafter struck another vehicle, and continued to back out and strike a truck, and continued yet until it struck a fence.

The truck that the Mercedes struck turned, jumped the curb, and struck Ms. Buchsamaro, who was sitting on a folding chair in her booth, where she sold Orchids at the Farmers market. The impact was to her lower back and caused her to fall out of the chair.

Ms. Buchsamaro injured her low back, and after a year and a half of chiropractic treatment, physical therapy, and pain management, underwent a minor back surgery (microdiscectomy) performed through a 1″ incision. Her medical bills amount to approximately $278,000. All of the medical treatment was rendered on a “lien” basis wherein the doctors, knowing that I’m representing her on a contingency basis and that I have a track record for winning, will defer collection on the bills until the case resolves. Our experts opined that she will also need approximately $50,000 worth of future medical care.

Mrs. Patel was the driver of the vehicle. Her husband, Jay, was seated in the front passenger seat and her in laws were seated in the back seats. They were insured by AAA insurance with a $1,000,000 liability policy. They disputed everything. They claimed the truck did not jump over the curb, did not strike Ms. Buchsamaro, and that Ms. Buchsamaro was not injured. They claimed that she was not injured because she did not go to the emergency room on the day of the accident (she had a mentally disabled child that expected her to be home everyday at a certain time). Mrs. Patel, her husband, and her in laws all said they looked into Ms. Buchsamaro’s booth and no one was there. All of  them testified that they never learned that anyone was injured despite being at the scene of the accident for 45 minutes or more. Yet, one of the family members took photos of Ms. Buchsamaro supposedly loading her vehicle with orchids on the day of the accident. She claimed the reason she took the photos was randomly to “test her phone” rather than to try to prove Ms. Buchsamaro was not injured.

AAA hired a neurosurgeon to testify that Ms. Buchsamaro at best sustained soft tissue injuries, that the medical treatment was unnecessary and even if it was necessary, the reasonable cost of medical treatment would be approximately $20,000. (Interestingly, at deposition, he testified that the vehicle couldn’t even have jumped the curb – an accident reconstruction expert from a medical doctor). AAA even brought a witness (another vendor at the booth) to testify that Ms. Buchsamaro did not get struck and was not injured. I took that witnesses’ deposition (testimony under oath) and discovered that the Patel defendants’ family had been long standing customers of his that would purchase in bulk. At his deposition he testified the complete opposite from the statement he had given to AAA insurance. The insurance company took a 2nd volume of his deposition basically reading him back his statement that he had given to AAA and getting him to agree to it all and claimed that his memory was better back when he gave the statement to AAA.

Notably, the first doctor that saw Ms. Buchsamaro two days after the accident documented bruising on her lower back. The defense argued that the report was vague as to what part of the back there was bruising.

AAA offered $300,000 at one point (3 years after the accident and approximately 1 year before trial). Mrs. Buchsamaro demanded $400,000 to cover her medical expenses and some money for the pain and suffering she endured as a result of the accident and her injuries. AAA would not offer anything greater than the $300,000 and when trial started they reduced their offer to $15,000, in response to our offer to continue settlement dialogue.

After a 10 day trial, which started on 8/14/17 and ended on 8/29/17, the jury deliberated and found defendants at fault for the accident and awarded Ms. Buchsamaro $734,000. Both the finding of liability (fault) and the entire award of damages was unanimous by all 12 jurors.